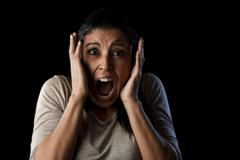 It may feel like you’re living a horror story when you hire commercial pest control services, but you probably don’t have anything on the people in the three tales below. Pest infestations – left unchecked – can have catastrophic effects. Learn from these worst-case scenarios why good pest hygiene is so important.

At Assured we take every New York infestation we treat seriously. Luckily, we haven’t had to treat anything as extreme as these cases, but we know what happens when you ignore the problem for too long. We’ve been performing commercial pest control in New York since 1934 – trust us, it isn’t pretty. 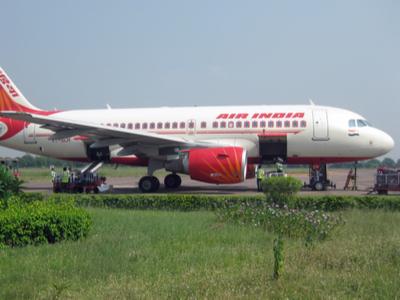 Back in the summer of 2014, Air India flight AI021 found itself facing a rather unusual plane problem. A problem with unwanted passengers. Passengers… (Imagine we’re holding a flashlight up to our faces for this part) of the furry variety! The plane was positively overrun by dozens of rats. They were running up and down the cabin like they owned the place.

No one is sure how so many furry hijackers made their way on board, but thankfully the airline took the danger seriously. Left unchecked, the rodents could have caused all kinds of problems. Rats chew through electrical wires, destroy paneling, and - of course - leave their disease spreading waste behind everywhere they go. Imagine all that happening on a plane! The potential danger for both flying the plane and the health of the passengers and crew were certainly not worth the risk.

Lesson learned: Address your rodent problem as soon as you’re aware of it.

That One Time a Bed Bug Infestation Changed Policy in Maine

Bed bug infestations happen. We certainly have our share of bed bugs in New York and in most cases, they’re easily addressed through fumigation or heat treatments. Sometimes, however, things don’t work out so easily. Sometimes… things go wrong.

One such time occurred in several boarding houses in Maine. The infestations in these properties were so intense that bed bugs were found throughout the buildings. There were bed bugs in the common areas, hallways, bathrooms--everywhere.

The intensity of the infestation got the attention of the Maine Center for Disease Control and local government. They responded by introducing an ordinance that would assign landlords responsibility for addressing bed bug infestations. It didn’t help the original tenants, but at least no future tenants will have to cope with such a scary s-itch-uation.

That One Time Roaches Took Over an Illinois House

A house in Pana Illinois was so overrun by German cockroaches that it was beyond saving. Roaches were scuttling over every inch of the trashed interior from the floor to the ceiling. The fire department was called in and a controlled burn was set up.

To keep the thousands of cockroaches inside from escaping and spreading to the neighboring homes, a trench was dug around the house and a fire ring built. By starting the burn outside the home with a ring of brush, the cockroaches would have nowhere to go. Like with Frankenstein’s monster, the pyre spelled the end for the unwanted invaders.

Watch the video below but be warned the before and after footage is not for the squeamish.

Lesson learned: Ignoring any pest situation only makes it worse. Insects like cockroaches multiply quickly and will take over a space if left unchecked.

Save yourself from starring in your own pest control horror story by calling the experts at Assured Environments. We’re the best commercial pest control company in New York with the experience to prove it. We’ll defeat your horror movie monsters and make sure your pest problem has a happy ending.

If you’re appetite for pest horror stories isn’t quite sated yet, check out Buzzfeed’s 24 Pest Horror Stories That Will Make You Say, "Oh Hell No.” Maybe your situation won’t seem so bad.