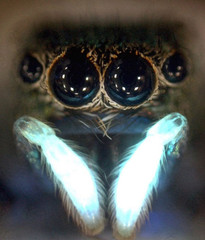 Many people have an aversion to spiders. While seeing one or two occasionally isn’t normally a big issue, a small number of them can quickly become a big problem, creating unsightly spider webs throughout a home or apartment. For those who are already experiencing major issues with spiders, the best bet is to call in the professionals, such as the pest control NYC experts at Assured Environments. If you hope to prevent spiders from moving in, there are a number of steps you can take on your own that can help decrease the odds of having the eight-legged creatures as roommates.

By getting rid of their webs as soon as they’ve begun, you’ll be eliminating a place for them to return to rest and eat. Get rid of all webs inside as well as outside near your dwelling, such as on the porch, balcony or patio. It’s also important to exterminate other insects they feed on, like flies. If you have an infestation that provides food for the spiders, you may need to call in pest control NYC for better results.

Don’t resort to toxic chemicals to prevent or eliminate spiders. Instead, use liquid soap like dishwashing detergent and water to spray on the spiders. This solution attacks the respiratory system of the spider, allowing you to get rid of those you see without harming human residents.

Vacuuming often can help to exterminate spiders without having to call in pest control NYC. Thorough vacuuming that includes getting underneath the couch, beds and other areas that are hard to get to is essential for helping to keep the spiders away.

Keep spiders out by sealing doors and windows

Spiders usually get in by walking in underneath the door or through window cracks. Be sure your doors are sealed by using a rubber seal and seal cracks in windows so they can’t get in that way either by filling holes with a sealant or even using duct tape.