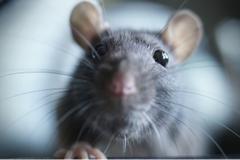 Rats are interesting creatures. They're hardy, capable of surviving ordeals such as falling five stories and bouncing back unscathed. They’re social, living together in familial communities. Most of all, they’re… prolific. Rats can reproduce every three weeks just months after they’re born. As you no doubt already know, each of these traits make rats a major problem for NYC.

Obviously, rats aren’t just a problem for us, either. In fact, rats are still one of the common reasons why people call pest control pros nationwide. As one of the most common pest problems in NYC or anywhere else, rats are worth talking about. That’s why, for this month’s species-specific pest prevention deep dive, we’re all about rats. We’re covering everything you need to know about the four-legged, whisker-nosed nuisances, starting from the top. This is what rats are all about and how to prevent them around your business.

Rats are small rodents that usually weigh less than a pound and measure between two to ten inches long. Rats are typically brown in color, with varying shades of grey and black. All rats are omnivorous and opportunistic foragers, meaning they’ll eat whatever they can get, whenever they can get it. While they can eat meat, they typically don't prefer it. Instead, rats most commonly consume grains, fruits, seeds, nuts, and vegetables.

In the wild, rats typically live between two and three years. Rats reproduce incredibly quickly. A single female can give birth to between eight and ten pups with each litter. She can also birth as many as seven litters a year. The numbers add up. Combine their rapid proliferation with the fact that rats carry and transmit human diseases... and things get concerning. Rats have spread hantavirus, the bubonic plague, rat bite fever, leptospirosis, and rickettsial diseases.

While there are 56 known rat species worldwide, there are only a couple species common on the East coast. These are rattus rattus, the black rat, and rattus norvegicus, the Norway rat.

Rattus norvegicus, aka the Norway rat or brown rat, is the most common rat in New York. They're what you picture when someone tells you to imagine a rat. Norway rats are brownish-grey, average size, and incredibly widespread. If you see a brown rat in New York, then it’s almost certainly a Norway rat. These pests are everywhere.

Rattus rattus, aka the black rat looks a lot like the Norway rat, except (guess what?) they’re black. Black rats and Norway rats are similar in all other ways, including size, reproductive habits, and diet. Black rats aren’t encountered as pests quite as frequently as Norway rats. In fact, they’re more common as agricultural or rural pests than urban pests.

There are plenty of things you can do to safely and securely prevent rats from entering your commercial property. Here are a couple of our best tips:

Rats are excellent infiltrators. They can climb trees and siding. They are also capable of squeezing into breaches as small as a quarter. Make sure you repair broken screens, crumbled brick, and other problems as soon as you see them. The easiest way to prevent rat infestations is to not let them inside in the first place.

Keep your garbage cans clean and tightly sealed. Rats are always on the lookout for food. If they find a reliable food source like garbage on your property, they won’t want to leave it.

Make sure there is no standing water anywhere on your property. All pests are looking for three things: food, water, and shelter. Limit their access to water by filling any holes in pavement that can collect water. You can also cover any outdoor containers, buckets, or water features when not in use.

Rats are smart creatures. Sometimes you can be as knowledgeable and prepared as possible and still suffer infestations. If that happens, call on the pros at Assured Environments. We’ve got you covered.