There are plenty of juicy urban legends circulating about pests in New York City. Often the myth isn’t too far from the fact, like with toilet rats.  NYC has its share of pests and some of those pests have made it into the history books.

You want to hear the big kahunas. The “alligator in the sewers; sentient rat king” stories. Well, hold onto your hat, because here they are. These are four of the wildest pest infestations ever heard of in our great city. Warning: may cause itching and sleeplessness. 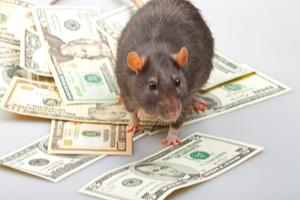 Humans weren’t the only New York residents affected by the Covid-19 pandemic. Rats, it turns out, also went through some huge adjustments.

While the city was on lock down and people learned how to work from home, the rat population had to learn how to eat from home. With restaurants and office buildings shuttered, leftovers were suddenly in short supply. Rats became so aggressive, the U.S. Center for Disease Control and Prevention issued a warning about unusual rodent behavior.

As New York City resumed normal life, so did a legion of hungry rats. Unfortunately, due to budget cuts during the pandemic and limited pest control resources, the rat population surged again. Complaints about rats also surged as sightings and concerns increased. People in some neighborhoods didn’t want to go outside after sundown because of the rats running rampant.

The biggest problems seem to be the accumulation of trash and the lack of centralized effort to combat the growing rat problem. Luckily, private pest control agencies like Assured Environments were ready to pick up the slack! 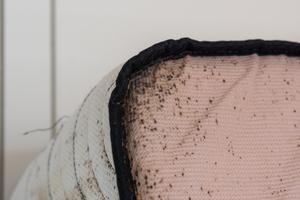 You’ve heard the scandalous stories about the upscale hotel invaded by bed bugs in their rooms, or the businessman who comes home from a trip filled with bitey pests in-tow. This is not one of those one-off stories. In 2010, there were something like 24,000 complaints of major bed bug infestations in New York. Even David Letterman was talking about it.

Entire stores were forced to close. People avoided movie theaters for fear of being eaten alive while trying to enjoy their escapism. No one was safe; even the upstate Bloomington’s reported bedbugs, and Google’s New York headquarters was forced to admit to an infestation after an employee voiced his frustrations on social media.

The infestation got so bad that the then-mayor Bloomberg set up a special bed bug advisory board and even appointed a “Bed Bug Czar” (another czar!). One of the reasons for the infestations’ severity was that the bed bugs were using New Yorkers as taxi cabs to get around the city. Hitchhiking bed bugs can quickly turn one unchecked infestation into 10, then 100, then… you get the picture. 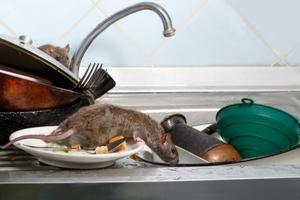 If you live in the Bronx, this section might revive some painful memories for you. If you live outside the Bronx, be nice. NYC’s rat problem was probably at its all-time worst in the Bronx during the 1990s. “They’re just one of us,” Bronx resident Jasmine Diaz was quoted by the New York Times as explaining, “They live here with us. They’re our neighbors.”

Rats were in Bronx apartments, kitchens, bathrooms, and even babies’ cribs! At night, walking outside meant stepping through a veritable furry sea. Opening garbage cans was an untenable proposition; you were almost sure to get a face full of rodent for your effort. It got so bad that living in the Bronx became a highly stressful--not to mention unhygienic! --experience.

The Bronx’ rat problem reached this fever pitch following several years of budget and staff cuts to the city’s pest control force. The general lack of city organization against pests is also partially to blame. If there’s a silver lining to “the dark days of the Bronx,” it’s that it serves as a powerful reminder of the importance of professional pest control with a plan. 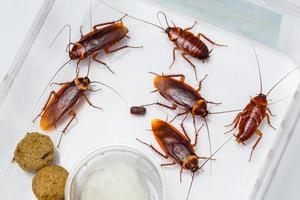 Night of the Cockroach

Warning: The rest of the stories were just warm ups for this one.

The year was 1979. One night in Schenectady, New York, police responded to routine noise complaint. According to the complaint, the neighbor’s dog wouldn’t stop barking. The officers responding noticed the reason why before they even stepped out of the cruiser.

A legion of cockroaches had spilled from the noisy house from the doors and windows. There were so many they covered the streets in front of the house. They were climbing the trees and overtaking parked cars. By the time the police had reached the inside of the house, they were “ankle deep,” and cockroaches rained down from the walls in sheets. The local exterminator called to the scene estimated the roaches numbered “in the millions.”

The two elderly women living in the home were charged with cruelty to animals. One woman had to be taken to the hospital to be treated for bites. To control the infestation, a three-block radius around the area had to be fumigated, and the house had to be demolished.

What We Learn from Pest Infestation Horror Stories

We hesitate to tell these stories, because we don’t want to badmouth our city. NYC has its pest problems but guess what; it also has some of the best pest control experts in the world to handle those problems.

Many of those experts work with us at Assured Environments! So, the next time you’re nervous that your home or business might be dealing with a pest infestation, give us a call. We’ll come to you with a customized, integrated plan for dealing with your pests and make sure they don’t escalate to mythical proportions.