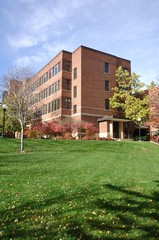 In 2013, NYC's Newtown High School in Elmhurst suffered high numbers of health violations for having mice and roaches in the cafeteria--the highest number of violations out of all NY public schools, in fact.

Inspectors found over 100 mice droppings during one investigation while noting that Newton High has had 12 or more health violations since 2011. If a restaurant had received this many violations, it would have endured the consequences of receiving three failing inspections.

Unlike restaurants, which can be closed down indefinitely for pest infestations, schools will not be shut down or fined. Instead, schools receiving violations are mailed a document detailing each violation found in their cafeteria. This information is also made public on NYCDH's website. .

The Rise of the Rat in NYC

While all schools that receive health violations typically take action to rectify the situation, one pest that schools, restaurants and residential buildings cannot seem to keep out is the rat.

Since Hurricane Sandy, the rat population in NYC has been exponentially increasing with no end in sight. Last year, NYC began aggressively attacking the rat problem by engaging in integrated pest management, a specialized kind of pest control focusing on preventive measures. For example, the NYCHD now uses "geotagging" to determine location of rat reservoirs and train city employees on rat behavior to improve the efficacy of their IPM.

Additionally, NYC announced in 2013 that it would begin implementing sterilization of the city's rat population by neutralizing female rats' reproductive systems with chemically-laden bait stations.

As the NYC/NJ area's #1 pest control company for over 30 years, Assured Environments uses industry-specific pest management techniques designed to eradicate rats and other pests while preventing them from returning to your building. Avoid receiving health violations and keep your cafeteria clean by contacting us today.