Home Page > Blog > That’s Not How it Works!: What Movies Get Wrong About Common Pests 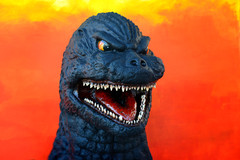 The movies don’t often get the whole story right. That’s why we watch them – to get a taste of a reality unlike our own. One thing films never seem to get right is how pests and pest problems actually work in real life. We’re here to set the record straight and let you know where Hollywood has led you astray when it comes to pesky creatures and the trouble they can cause.

Being bitten by a spider won’t turn you into a superhero.

We hate to say it, but when it comes to our devotion to quality pest management, our technicians have been bitten by a spider once or twice. Unfortunately, never once has any of them turned into a web-slinging superhero. While it's true that the legendary Spider-man was bitten by a radioactive spider, you’d still think if there was some truth to this myth at least one of our techs would be a crime-fighting spider-hero by now.

It’s not a good idea to become friends with the leader of a violent mouse swarm.

Ben was a horror film that came to theaters in the early seventies and taught us all a very important lesson: just because a group of hyper-intelligent rats can save you from bullies doesn't mean it's okay to let them go on murderous rampages. While the criminally inclined rat squad was taken down by flamethrowers in the movie, we recommend slightly less destructive rat control during our consultations.

Most bird infestations don’t lead to birds violently attacking you and trapping you in small rooms.

If Alfred Hitchcock’s The Birds taught us anything, it’s that lovebirds aren’t always particularly loving. There are many dangers when it comes to unchecked bird problems like the potential spread of disease, damage to the building and the introduction of other pests through the birds themselves. But you can rest assured, you don’t have to worry about a group of angry birds clawing you to catatonia in a closed off room during your average bird infestation.

There are alternative routes to take before you trust a giant dinosaur to fight your moth problem.

Godzilla movie after Godzilla movie has tried to tell us that the best way to defeat a moth problem is by letting a giant radioactive lizard monster fight it off the coast of one metropolitan city or another. We get it, we do – Mothra is huge, so it makes sense to think the only way to fight her is by letting Godzilla enter the ring. However, our pest management professionals say that removing the monster’s primary food source would have worked better. Next time Mothra attacks, hide all of your giant sweaters and food scraps to solve the problem from the get go.

If you ever find yourself in the middle of a Hollywood sized pest problem, don’t fret – contact us at Assured Environments and we can get you in touch with an industry expert to fit your exact needs.

There are currently no tags associated with this article