Hornet, Wasp and Bee Removal in NY, NJ and CT

Don’t let the bees and wasps of New York disrupt your summer fun. If you have a stinging insect problem near your home or business, Assured Environments can help. Bees, wasps, and hornets in New York build hives and nests along eaves, under porches and in trees. They enter structures through gaps in doors, windows, foundations or walls. If you see one, chances are there are more nearby.

The best way to deal with wasp and bee species in New York is to remove or destroy the nest. Without the proper gear and knowledge, you may find yourself the target of aggressive insect stings. Assured Environments has experienced technicians who provide bee, wasp and hornet nest removal services for the New York, New Jersey and Connecticut area.

What is the Difference Between Bees, Wasps and Hornets?

The most noticeable difference between bees, wasps and hornets is that bees have rounder bodies that are covered with short downy hairs. These hairs attract pollen granules while the bees sip flower nectar. Bees subsist on nectar and store it in a special stomach that breaks down the nectar’s complex sugars into simpler ones. This becomes honey, which the bees store as a winter food source for the hive. There are some 450 types of bees in NY.

Unlike bees, wasps and hornets have smooth, slim bodies with narrow waists. Their streamlined design makes them better suited as hunters. Wasps and hornets prey upon other insects and will scavenge anything from carrion to garbage. They adapt quickly to whatever food sources are available.

All hornets are wasps but not all wasps are hornets. Hornets represent the larger members of the wasp family. They also tend to be mostly black and may have white banding. Common varieties of wasps in NY include paper wasps and yellowjackets.

About half the bees in New York and New Jersey are eusocial beings meaning they live together as one hive or “superorganism” where caste roles are clearly defined. Queens produce eggs, drones will mate with other Queen bees, and workers maintain the colony. The remaining native bees of New York state are solitary varieties like digger bees which nest underground.

Wasps also divide into social and solitary species. The social variety of wasps are eusocial like bees and function as a colony. They build large papery nests from regurgitated wood pulp and operate as a caste system. Solitary wasps often live underground and are less aggressive. In the fall, social wasp nests collapse and all members become solitary. This is why you see more wasps foraging on their own during this time of year.

Types of Bees, Hornets, and Wasps in New York and Beyond

All bees and wasps undergo similar metamorphosis through their development stages which include egg, larvae, pupa, and adult. 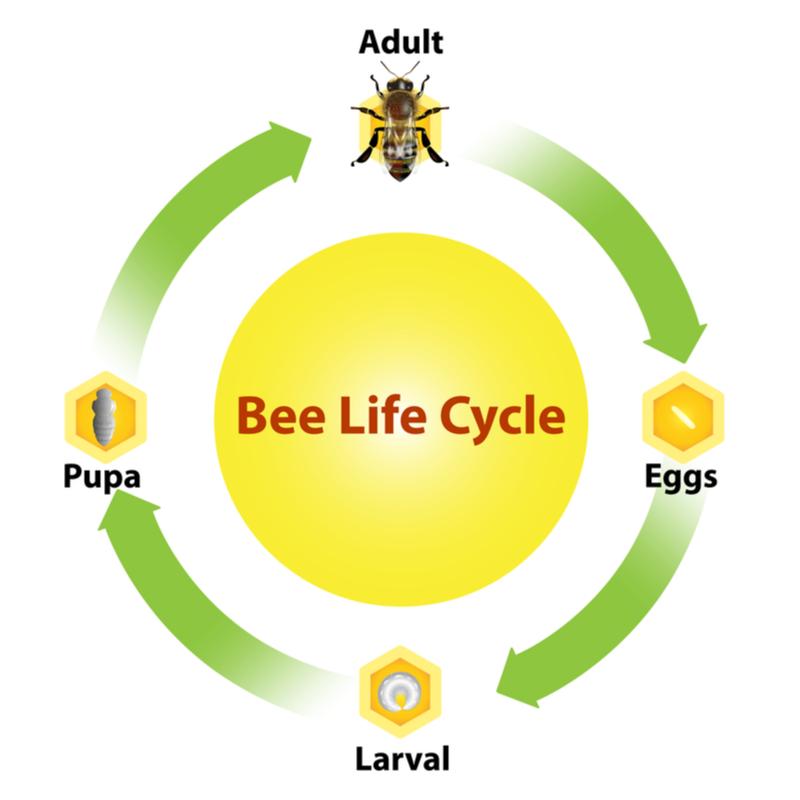 A queen bee spends the majority of her life in the honeycomb laying eggs. These eggs take around 3 days to hatch. Newly hatched larvae remain in their cells, where they're fed by workers until they pupate. Pupation takes anywhere between 15 days to a month. After pupating, adult bees emerge ready to perform their role within the hive.

Eusocial wasps undergo a life cycle similar to bees. A wasp queen will live for as long as a year and can lay up to 25,000 eggs in her lifetime. After they hatch, wasp workers feed larvae for 1 to 3 weeks, at which point wasps pupate. Solitary wasps will mate and forage alone. These wasps may lay eggs on prey, so their offspring can consume the prey as their primary food source when they hatch.

Bees and wasps in New York both deliver painful stings to people. Bees only sting defensively, wasps may act aggressively. Honeybees die after using their stinger, while bumblebees can sting repeatedly.

Wasps will sting to defend themselves and to hunt. Like bumblebees, they can sting repeatedly and will defend their nest collectively. Hornet stings are considered the most painful of the group even though bee stings contain a higher level of venom.

If you’re stung by any of the above, you’ll probably experience a mild burning sensation in the affected area. If you’re allergic, stings can be dangerous and cause you to go into anaphylactic shock. Bee sting kits also work for wasp stings.

For normal stings, keep the area of the sting clean and use a cold compress to ease discomfort. Apply hydrocortisone or calamine lotion to stings that itch. If the sting becomes infected or you have severe symptoms, consult your doctor immediately.

How to Keep Stinging Insects Away

There are many natural and commercial measures you can take to keep buzzing intruders from ruining your next BBQ. Here are a few steps to keep bees, wasps and hornets away from your NY, CT or NJ home:

What types of wasps in New York sting?

All wasps will sting if provoked or feel threatened. The most common type of wasp in New York and the rest of the United States are yellowjackets followed closely by paper wasps.

What is the difference between paper wasps vs yellowjackets?

Yellowjackets have distinctive gold or yellow paterrning. Paper wasps tend to be more brown or reddish with thinner wastes and longer legs. Paper wasps have yellow tipped antennae while yellowjacket's antennae are black.

What kind of bee or wasp nest is in my yard?

Bees use a waxy substance to build their nests while wasps use regurgitated wood pulp. Bee nests will have a smooth sheen to them while wasp nests tend to be gray and papery. 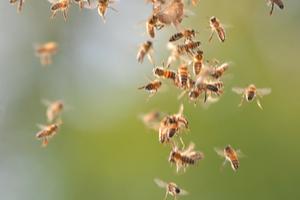 If flying insects are keeping you indoors this summer, contact Assured Environments. Our professional team can find, remove and prevent bees and wasps from invading your yard. Take the sting out of summer pests with a breath of fresh air from Assured!