Beetles In NY, NJ, and CT - Facts, Identification, and Control 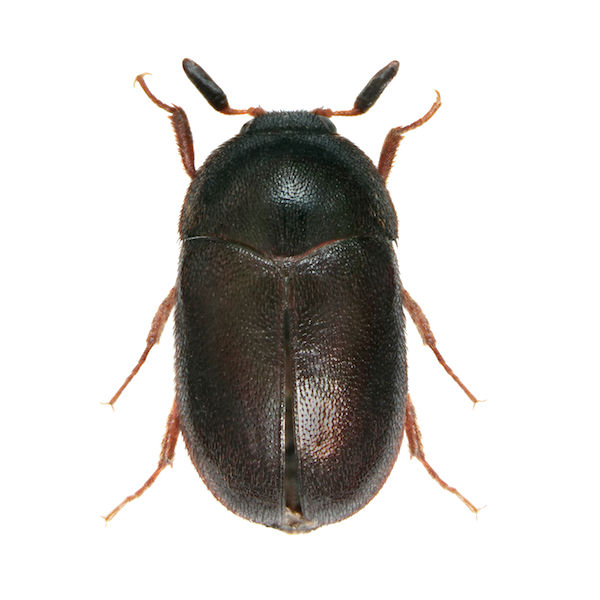 Beetles demonstrate a wide variety of adaptations to their environments, so specific beetle behavior depends largely on individual species. Some beetles burrow or tunnel through dirt or even hard materials like wood easily; others can't burrow at all. Some beetles are eusocial; others are mostly solitary.

Most beetles are poor fliers and prefer to search for food and shelter from the ground. You'll often find them in dark, secluded areas of your building such as basements, warehouses, and crawl spaces. Different kinds of beetles can feed on virtually anything, including fabric, wood, plants, other insects, and garbage.

Beetles undergo a four-stage life cycle: egg, larva, pupa, and adult. The entire life cycle takes around 21 to 27 days, though it may take longer in winter. Different species of beetles reproduce in different ways. Female beetles can lay anywhere between 63 to 228 egg cases, which may have 3 or more eggs inside of them.

Eggs typically hatch after 4 to 6 days. Beetle larvae usually burrow into their food source and feed continuously. Larvae must molt their skin multiple times as they grow. When larvae get big enough, they enter the pupal stage, which usually lasts four days. Beetles emerge from the pupal stage as fully-grown adults.

Signs of a Beetle Infestation

There are three different categories of pest beetles in NY:

Each type of beetle damages the products they consume. Look for signs of tampering or damage on food boxes, fabrics like clothing and carpeting, and wood, including wooden furniture.

The best way to prevent beetle infestations in your home or business is to deprive them of the things that attract them. Beetles require food, water and shelter. If you can deny them these, you’ll go a long way toward preventing any infestations.

Keep at-risk food such as grains and dry goods in sealed, hard plastic containers. Take the garbage out every day. Launder all clothing and uniforms regularly. Wash any linens and fabrics after a couple of weeks, even if you didn't use them. Make sure all wooden furniture is treated and stained. Dispose of old or damaged wood. Turn to the professionals for beetle control in New York, New Jersey, and Connecticut for headache-free service.

What is a beetle?

A beetle is an insect and member of the order, Coleoptera - which means “folded wing” in Latin. It refers to the beetle's defining characteristic, which is that all beetles have a hardened and thickened pair of forewings, or wing covers, called elytra. The elytra cover and protect beetle’s fragile flying wings.

No. While they may look similar, cockroaches are in a different order of insects than beetles. The easiest way to tell them apart is by their wings. Beetles have symmetrical wings that part in the middle. Cockroaches’ wings overlap.

They can but it’s unlikely other than in self-defense situations. Beetles have chewing, biting mouthparts, with sharp mandibles or “pincers.” Most beetles won’t bite you, but three varieties might: stag beetles, longhorned beetles and blister beetles. The latter is poisonous, and its bite may cause your skin to blister.

In the insect world, beetles are among the least dangerous to humans. They don’t carry disease and rarely bite. They may damage fabric or paper goods in your home.

How long do beetles live?

Most beetles only live a short time from days to weeks. A few wood-boring beetles can live for years and may lie dormant in their burrow for an extended time. Beetle eggs have been known to hatch years after being laid.

Yes. But most beetles are clumsy fliers that can only travel short distances. Most of the time they prefer to travel on foot.

Is a ladybug a beetle?

Yes. There are over 5,000 species of ladybugs that are all beetles. They were originally named after the Virgin Mary in the Middle Ages and are sometimes referred to as lady beetles.

How do I get rid of beetles in my home?

Often you can simply vacuum them up. Certain types of beetles can be more of a nuisance. See our blog on how to get rid of carpet beetles for more detailed expert tips. If you’re experiencing an infestation, contact Assured Environments for expert beetle control.