Millipede Infestation Signs and Control in New York and Beyond 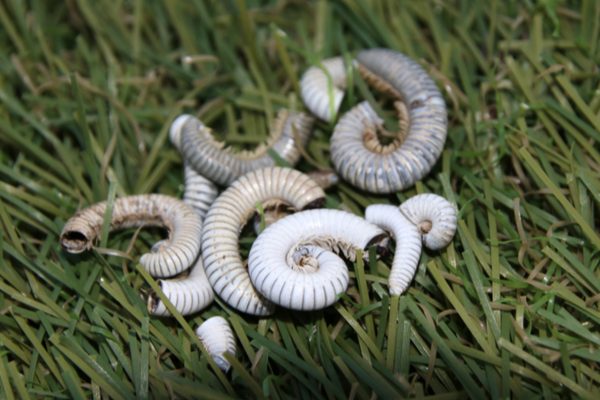 Millipedes commonly shelter under boxes or other storage material. You may find them after moving packaging material, especially in dark or quiet parts of your home or business. Millipedes require moisture to survive and will dry out and become "desiccated" if they don't get enough. Desiccated millipede bodies may flake or fall apart, leaving behind crusty remains.

Millipedes may secrete a foul-smelling liquid when threatened or crushed. This liquid may stain nearby fabrics such as carpeting. These stains will be small, vaguely circular, and yellow or brown in color.

Check for millipedes beneath storage materials in basements, crawl spaces, warehouses, and attics. Vacuum up any millipedes you encounter and dispose of the bag when finished. After removing millipedes, clear clutter to deprive millipedes of shelter. Manage waste diligently to control millipede's food sources.

If millipedes live in your building for several weeks or more, then your building is probably too humid. Look for and fix causes of excess humidity. Patch up drafts, repair plumbing leaks, and make sure your ventilation and drainage work properly. Consider investing in dehumidifiers if the problem persists.

Millipedes feed on decaying organic matter and are considered important natural recyclers. Millipedes live as close to reliable food sources as possible. They commonly infest rotting wood and actively seek out fungal growth. Millipedes thrive in dark, moist environments where they can access food. They may also burrow under soil to access rotting root systems.

Millipedes are very sensitive to temperature and humidity changes. They often migrate in large numbers during particularly wet or dry times. Millipedes move indoors to remain in dark, humid environments. Millipedes also move further from their usual places during spring and fall. During these seasons they may climb surfaces up to 6 feet off the ground.
‌

Millipedes undergo a three-stage developmental cycle consisting of "egg," "nymph," and "adult" stages. Millipedes start mating in early spring, but they can continue mating and laying eggs until temperatures begin to cool in the early fall.

Millipede nymphs look like adults but with fewer legs and body segments. Nymphs eat rotting material continuously to keep growing and must shed their skin several times. Nymphs may not develop into fully-grown millipedes for up to two years. Millipedes may live for an additional 8 years after reaching adulthood.

How many legs does a millipede have? 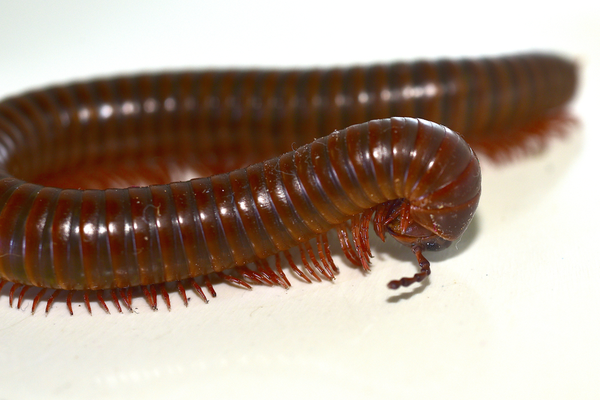 Despite the name, which is derived from the Latin “thousand legs”, only one species of millipede actually has 1000 legs or more. Most of the millipede species in New York have fewer than 100 legs. Millipede legs are very small and located beneath each of the pest’s discrete body segments.

Millipedes are worm-like but with a pair of legs at each body section and a hard exterior. They are usually dark brown and move quickly.

How long do millipedes live?

Millipedes are hearty arthropods. In the right conditions they can live between 7-10 years. Some people keep them as pets, which may live even longer.

Millipedes’ biggest need is moisture. They are attracted to dark, damp areas with decaying organic matter. Leaf piles, rotting logs, compost and mulch piles are common places to find them. Indoors they favor quiet, damp areas like basements or attics.

When threatened or crushed, millipedes excrete a toxic defensive fluid. In most cases it will only cause mild irritation to humans.

No. If a millipede feels threatened, it may curl up and excrete its defensive fluid, but it won’t bite you.

How long does a millipede infestation last?

As long as you allow it to. The faster you address points of entry and moisture issues; the sooner millipedes will search for new habitat.

Get Expert Help with Millipedes of New York

If you need help identifying millipedes and stopping them from getting into your building, contact Assured Environments today. We’re your millipede control experts in NYC, NJ and CT.