According to the University of Washington, “Entomology is the study of insects and their relationship to humans, the environment, and other organisms. . . The study of insects serves as the basis for developments in biological and chemical pest control, food and fiber production and storage, pharmaceuticals epidemiology, biological diversity, and a variety of other fields of science.”

Assured’s professional entomologists monitor and detect the role of insects in the spread of disease. They also study ways of protecting food and fiber crops, and livestock from being infected, while, simultaneously, investigate the way beneficial insects contribute to the well-being of humans, animals, and plants. Even amateur entomologists are interested in studying insects because of their apparent beauty and remarkable diversity.

As early as 4,000 BC scientists in China were studying the role of silkworms in the production of silk, an important part of economic life for residents in that country. Later, during Aristotle’s time, the Greeks began entomology [from Greek entomon (denoting an insect) + -logia (-logy (the study of) ] as a formal field of study, related to biology. In the early part of the 20th century entomologists formed a society, the Entomological Society of America (ESA), to promote the science and study of entomology in the United States.

Assured’s on-staff entomologists, and its nationally-renown expert advisory panel of insect, rodent, and avian experts, keep technicians and other professionals aware of pest threats, and other harmful invasive species. As international travel increases and the exchange of people and products from less developed countries expands to more developed ones, threat detection and treatment opportunities will increase. That’s why entomology remains the scientific resource upon which Assured’s proven solutions are based. 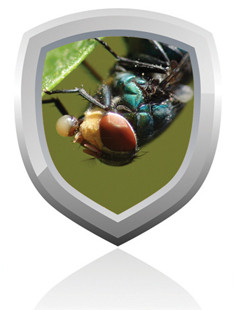