What Does a Stink Bug Look Like? Facts and Infestation Tips

What are stink bugs?

Stink bugs belong to the scientific order Hemiptera. The most common species is the Brown marmorated stink bug (Halyomorpha halys). Adult stink bugs are most active from spring to fall. In the spring they emerge from their overwintering spots hungry and ready to reproduce. In the fall they seek shelter from the cold or a safe place to hibernate.

Stink bugs are approximately ⅝” long. They are “shield-shaped with a broad abdomen, six legs, and three body segments. Brown marmorated stink bugs are brown-grey with irregular black speckling, brown legs, white undersides, and white banding on their antennae and abodemns. Other stink bugs may be brown, gray, or dark green. 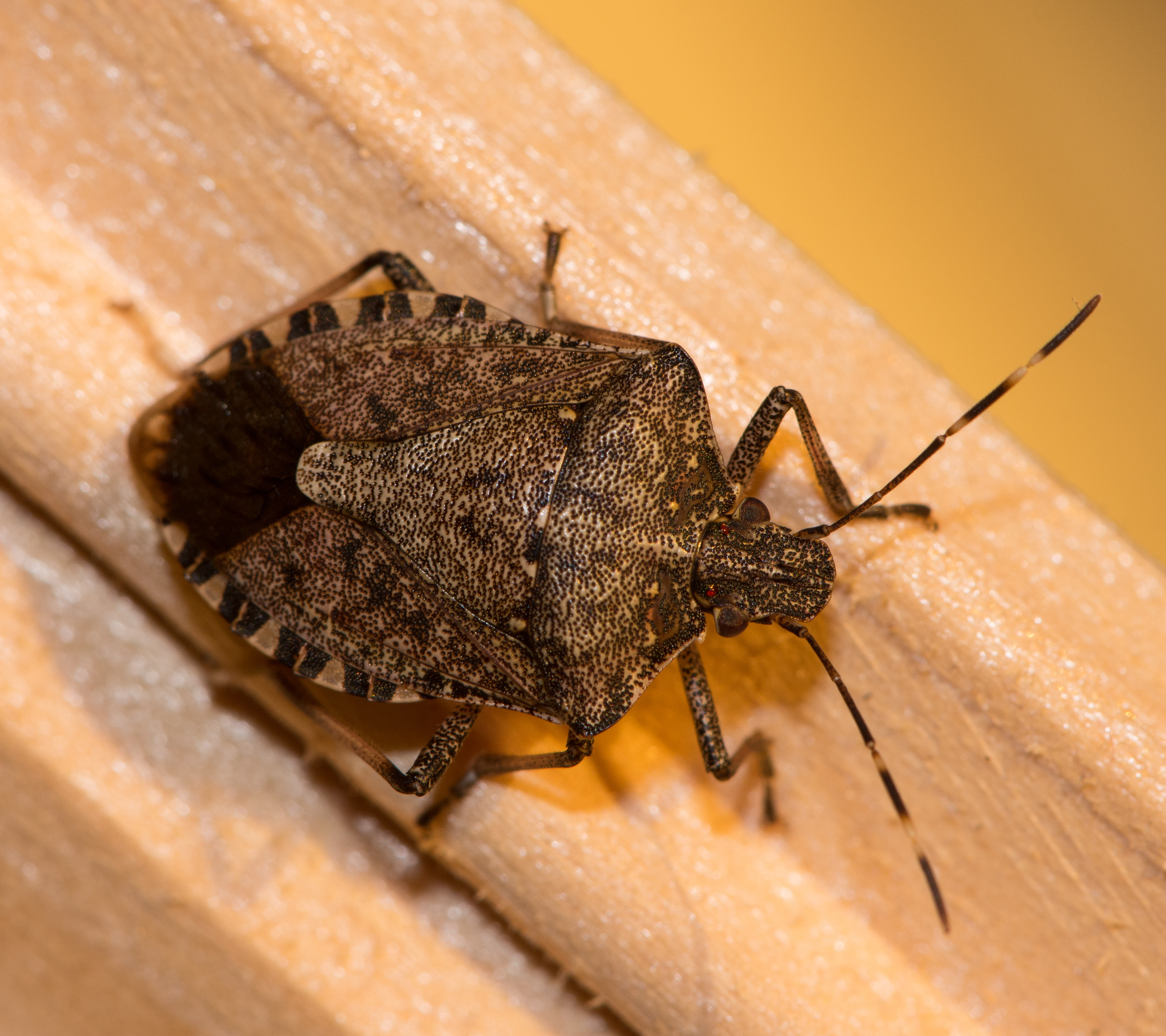 Signs of a stink bug infestation

Signs that you have stink bugs in your home or business include:

Infamously, stink bugs secrete a foul-smelling liquid when they’re threatened or crushed. This liquid can smell like coriander or rotten vegetables. Unfortunately, the scent can linger, and the liquid can stain surfaces, especially carpet or wood.

The most obvious sign of a stink bug infestation is seeing them. Inside, stink bugs are found hiding in cracks and crevices, usually in and around baseboards, windows, and door trims. They’re also common in lights and external exhaust fans. Stink bugs make their way inside by congregating around warm, heat-reflective surfaces like windows and porches. They’re also notorious for destroying crops, so keep an eye on unrefrigerated fruits and vegetables.

How do I get rid of stink bugs?

Stink bugs do not enter structures looking for food or water. Instead, they usually infiltrate homes or businesses looking for a safe, quiet place to overwinter. In spring, they return outside to reproduce. Don’t wait for the seasons to change—get rid of stink bugs by:

Stink bugs lay their eggs outdoors on the underside of leaves. They don’t build nests. Inside they may congregate in groups but usually seek out small quiet areas to hide.

Stink bugs have long mouth parts designed to puncture and drain moisture from fruits and vegetation. They do not bite humans or spread disease.

No. But some people may be sensitive or allergic to their stink liquid. They spray their defensive stink from their thorax. Avoid getting it in your eyes.

What attracts stink bugs to your house?

Stink bugs are wired to hibernate in winter. As the days become shorter in the fall, stink bugs begin to search for a cozy place to settle until spring. If they can find an entrance, your home makes a good place to overwinter.

How do stink bugs get in the house?

The same way many pests do. They crawl in through cracks and gaps along your foundation, doors or windows. A pest control expert can help identify where they get in around your house.

What is a stink bug lifespan?

Typically, 6-8 months. Depending on the location, climate and temperature they may produce two or more generations/year.

How to get rid of stink bug smell?

Luckily, the odor only lingers a few hours. Use a mixture of hydrogen peroxide and baking soda to scrub the affected areas and air the room out. Use a deodorizer to cover the smell. If the scent is on your fingers, use lemon juice or toothpaste to remove it.

Are stink bugs attracted to light?

Yes. Outdoor lighting may draw them to your home. Indoors, you may find them enjoying the sunshine along south facing windows.

If you can’t seem to get rid of your stink bug infestation, get in touch with Assured Environments today! We can remove stink bugs from your property and take precautions to help prevent future infestations.