Termite Signs to Watch For

Termites create termite mud tubes out of mud, dirt, or other materials to move from the ground to food sources. Wood infested by termites often has these termite tubes on or near it. Termite tunnels are especially common around cellar walls, wooden posts, wall studs, and window and door sills.

Over a long enough period, the wood that termites infest will begin to look rotten, hollow, damaged, or soggy. Use an awl or screwdriver to prod vulnerable wood and look for weak or hollow places. Other early signs of termites include:

Outdoors: Remove likely food sources such as wooden debris from around the perimeter of your building. Cover or replace wooden posts, steps, trellises, or decking that directly contacts the ground. Do not use wood-based mulch in gardens or around bunches. Keep stacks of wood elevated.

Indoors: Termites are attracted to damp, rotting wood. Practice good climate control, especially in natural damp or dark parts of the building. Locate and fix plumbing leaks and other sources of uncontrollable moisture. Make sure your basement has adequate draining and stays dry all year.

Termites live together in large, eusocial colonies. Different caste members or types of termites fulfill different functions within the colony. Termites are specialized enough that developed colonies functionally operate as a single “super” organism. There are three termite castes: workers, soldiers, and reproducers.

Workers are responsible for all the labor in the colony. They extract the cellulose from wood sources to feed the other castes. Soldiers protect the colony using specialized mouthparts. Reproducers swarm to find mates and establish new colonies. They become the king and queen and give birth to new workers and soldiers.

Termites don't live in the tunnels they build; they create dirt mounds nearby instead. 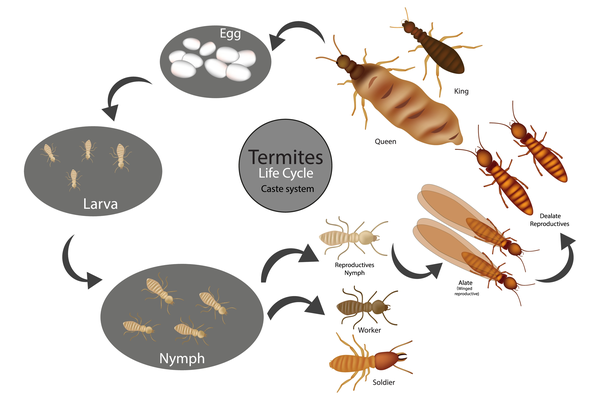 Reproductive termites swarm in late winter or early spring, usually between late January to early April. During this time, kings and queens actively seek a partner of the opposite sex. Termites swarm until they find a mate. After mating, Queens find a good place to nest and begin a new colony. 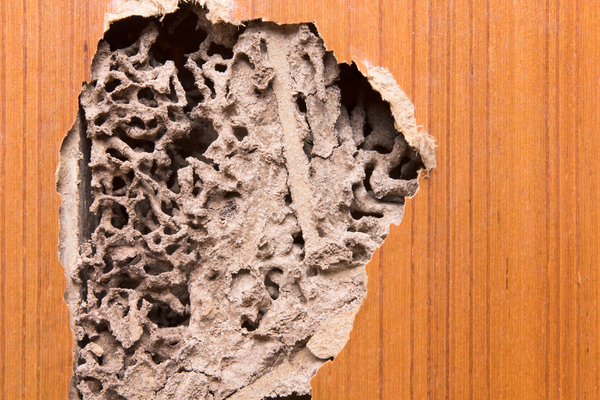 Look for small pinholes in wood and lines where tunnels run. Significant damage will result in warped or rotten looking wood. Peel away wood surface to see damage more clearly.

Why do termites eat wood?

Termites break down and consume the cellulose in wood for nutrition. In their natural environments, they're considered beneficial, because they recycle wood and cellulose back into materials that nature can use again.

While mulch doesn’t necessarily attract termites, it can be a source of food and shelter for them, especially mulch that is buried in the ground. Redwood, cedar, cypress and melaleuca are the best types of mulch for repelling termites and other insects.

Many outdoor decks and structures are made from cedar because of its weather resistant properties. Should you be worried about termites using your patio as a snack bar? Probably not. While termites can eat cedar, the resin it contains is toxic to them and they’ll most likely look elsewhere for their next meal. 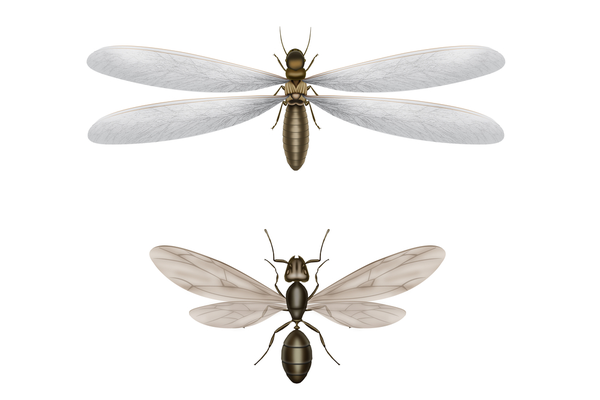 How do I identify termites with wings?

Flying termites or “swarmers” look similar to flying ants. You can identify termites by their four wings that are all the same length and twice as long as their bodies. Termites also don’t have the cinched waist that ants have.

After male and female termites pair up and mate, their wings break off. Those shed wings might be the only early indication that termites have started building a nest nearby.

Why do termites prefer wet wood?

How to get rid of termites

Termites are tricky to fully eliminate because their nests are underground. Use a trusted pest control professional like Assured Environments who will have a comprehensive plan to identify, track and kill the termites in your home or business. 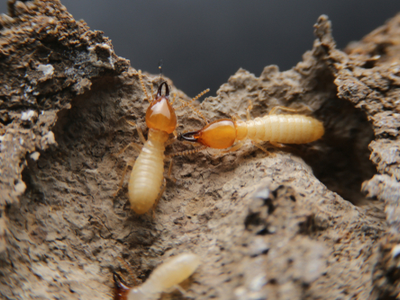 Cities and Areas We Offer Termite Control to Include