Signs of a Spider Infestation 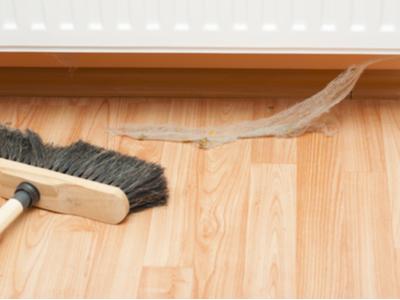 The easiest way to spot a spider infestation in your home to look for their webs. Check the upper corners of any areas that tend to be dark and damp, as spiders enjoy those types of environments. Spiders build webs around insect thoroughfares, where they're most likely to catch prey. You might see cobwebs around door frames, window wells, baseboard, storage containers and materials, or vent systems.

Different species of spider build different types of webs, but they all have several common characteristics. If webs fall, you may see them in clumps around the floor in basements, crawl spaces, or warehouses. Spiders also tend to build webs in areas where they won't be disturbed, so look for them in out-of-the-way places.

Spiders most commonly enter homes through open windows and doors or through cracks around similar entry points. The most effective way to keep them out is by making sure all outdoor cracks are properly sealed as soon as they’re spotted. Spiders come inside looking for prey, which means if you have an existing pest problem it can easily develop into a spider problem as well.

Remove vegetation from the perimeter of your home or business and maintain indoor tidiness to make it harder for spiders to gain access or hunt for food nearby. Vacuum up any cobwebs you find as soon as you find them and throw out the vacuum bag when you're finished. The tougher you make it for spiders to establish themselves near you, the less they'll want to. 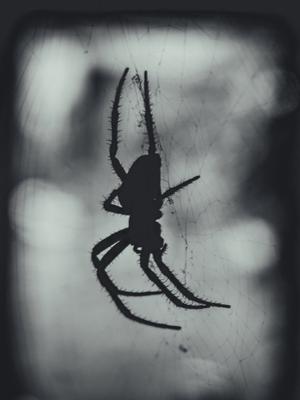 Most spiders prefer dark, damp areas places like basements, garages, or outdoor piles of wood and brush. They build webs in shaded places like cracks, corners, and window and door frames. Most spiders remain close to their webs to monitor for prey but may also seek shelter or hiding places nearby.

Spiders are carnivorous, and mostly only eat living or very recently killed prey. Their usual food source is insects. All spiders have spinneret glands and the ability to create webbing, but not all spiders build webs. Most spiders hunt by catching prey in their webs, but some spider species use their venom and natural agility to hunt instead.

Specific reproductive and life cycle details depend largely on species. Once fertilized, many females can lay up to 3,000 eggs in one or more silken egg sacs during a single reproductive cycle. Newly hatched spiders, or "spiderlings," look like smaller versions of the adult spider.

Most mother spiders personally care for their brood after birth until their children are fully grown. Spiderlings remain on their home webs and even occasionally latch onto the mother for protection and guidance. When spiderlings are fully grown, they leave the web to seek mates or build webs of their own. Most adult spiders can live for a year or longer.

The only truly native poisonous spider to our area is the sac spider. Sac spiders are only moderately poisonous with a necrotic venom that can cause painful sores.

The nocturnal orb weaving spider is mildly venomous but isn’t considered a threat to humans.

The two relatively common breeds of spider that could pose a serious risk to human health are the Black Widow and Brown Recluse spiders. Neither is native to New York, but both have been spotted, most likely by hitch-hiking from a warmer climate.

How long do spiders live?

The average lifespan of most spiders is about one year though some have been known to live over forty years. The typical spider life cycle is - hatch in spring, become adults in summer, lay eggs in fall, die in winter. If a spider finds its way inside before winter, it may live another year or two.

Spiders primarily eat insects. They seek dark, warm hunting grounds where they won’t be disturbed. When the weather turns cold, they’re more likely to be attracted to your warm home.

Are spiders poisonous or venomous? 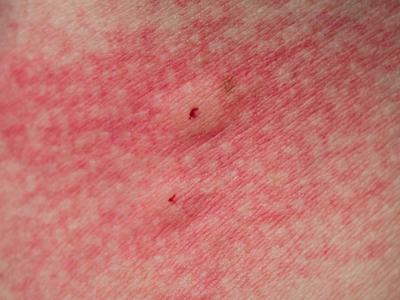 When to worry about a spider bite?

If your bite is red and painful or if you experience cramping, nausea, vomiting or tremors, you should see your physician. Untreated spider bites with severe symptoms can be life threatening. Follow the Mayo Clinic’s guidelines.

What are home remedies for spider bites?

Most importantly, keep the bite clean. Use a cold compress or aloe vera to soothe the affected area. If you experience inflammation or itchiness, an antihistamine can help.

How to treat a spider bite on a dog?

Similarly to humans. Keep the bite clean and use a compress or aloe vera to soothe inflammation. If your dog exhibits odd behavior or shows severe symptoms schedule a vet visit immediately.

If you’ve got a spider infestation in your home or business or even just a few basement spiders that you don’t want to get worse, schedule a visit from Assured Environments today. Our certified technicians can identify and eliminate spiders of all types.