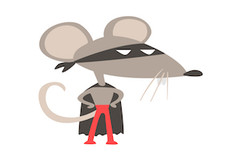 Pest control… has changed. Once upon a time it might have been enough to lay out traps--a little peanut butter here, a little poison there. Not anymore. Our enemy has evolved. In the endless war between man and pest, one of the worst pests of all received a powerful new weapon: super powers.

You’ve heard the name “super rat” before, but you probably don’t know what it entails. You may have even heard outlandish urban legends about them. As New York’s pest super heroes (what? We could be…), we consider the super rat our nemesis. It’s the Venom to our Spider-man (which is appropriate, since we both serve Queens). That means it’s our heroic duty to inform you all about our fiendish, furry foe--just as we have with their non-super cousins. Here’s everything we know about the so-called “super rat”: what it is, where it came from, how to stop it. 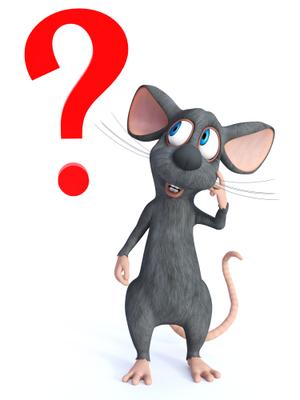 The term “super rat” is an informal term for rats that have become immune to conventional rat poisons. Often, part of the story with super rats is that their new “abilities” have made them much larger than normal rats, unphased by proximity to humanity, or even aggressive when confronted. In other words, super villains.

The term was popularized in Great Britain, where as many as 75 percent of the rats in West England have become immune to some poisons. The “super rat” that eats poison unfazed is less common in New York, but they have been reported. More common are the famous “giant” rats of New York, although these, too, are exceptions rather than rules. Remember: super rats may be giant rats, but not all giant rats are super rats.

It’s also important to note that “super rats” may be genetically and physically different from common New York rats, but they aren’t a different species. The only type of rat that lives in New York is the Brown “Norway” (a misnomer) Rat. New York’s “super rats” are bigger, possibly genetically deviant brown rats, but they’re still just the rats we know and… well, know. 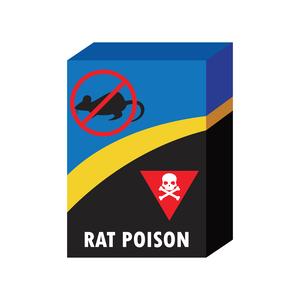 Oh boy, it’s science time! The most common rat poison applied against rats are anticoagulants. In order for blood to clot, a substance called Vitamin K epoxide has to be recycled to its simpler form--vitamin K. This vitamin K then modifies with several proteins to allow them to combine with calcium ions. This bond forms the clot.

Anticoagulant poisons work by preventing the process by which Vitamin K is recycled. When Vitamin K can’t be recycled, it can’t alter the proteins that bond with calcium ions. Ipso facto, no clotting. The poison also damages to the rat’s capillaries, effectively prompting internal bleeding. The rat’s vitamin K is blocked, so the wounds never clot and the rat bleeds out. 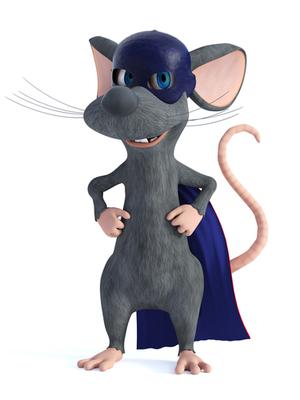 Now we gotta get a little high-school biology-y. Natural selection is the process by which different traits are made more or less common. When an animal has a trait that makes it better at surviving, it lives longer, reproduces more, and passes on its beneficial traits. These traits are created through genetic mutation, which is how animal genes are altered and new traits are made manifest. Without mutation there would be no natural selection and no evolution.

In this case, a series of up to nine discrete mutations occurred in the rat’s VKOR gene. This gene alters the VKORC1 enzyme, which is the enzyme that controls the vitamin K recycling cycle. Scientists are still trying to figure out exactly how this mutation does it, but the effect is easily documented: rats with this mutation experience dramatically reduced VKOR activity and may even introduce compensatory mechanisms to maintain blood clotting.

In other words, the process by which anticoagulants disrupt the vitamin K recycling process doesn’t work on them. They continue to successfully recycle vitamin K and complete the steps that create clots, even when anticoagulant is introduced into their bodies. The rats can still form blood clots, so they don’t bleed out even if poison prompts internal bleeding.

Can you see where this is going? The basic mechanism of anticoagulant rat poison hasn’t changed since the 1950s. In fact, it had until recently been ubiquitous with pest control, as by far the most common rat-fighting strategy. So common, in fact, that having a genetic resistance to it ended up being a huge competitive advantage in terms of natural selection. We kept laying down the same poison and killing off non-super rats while their mutated brethren snarfed it up like another tasty meal.

The end result of this unbalanced playing field was that the super rat mutation was passed down from generation to generation very quickly, and became a mainstay of rat populations in Great Britain and later other parts of the world. Ironically, the same gene that grants anticoagulant immunity also affects other types of calcium bonds, and can weaken rat bones and teeth and force them to depend on a diet higher in vitamin K that could be hard to find.

Were it not for human involvement, the genetic mutation that created the super rats would have been a disadvantage instead of the great advantage it became. That’s right: like any great super villain, our foe was created in part by the well-intentioned mistakes of the intrepid hero. And thus, a powerful new enemy came to the fore. But don’t give up hope just yet! 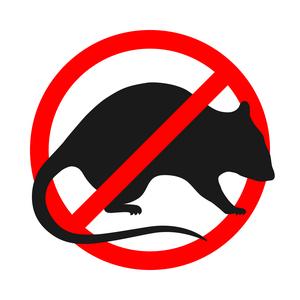 Super rats may be resistant to the most common forms of rat poison, but that’s far from the only technique in our pest-fighting arsenal. As you may have noticed, we’re kind of nerds when it comes to the science of pest management. While it means we’re kind of boring at parties, it has advantages too, chief among them that our experts have developed a comprehensive plan using the latest and greatest pest technology and knowledge to combat our bold new enemy.

Super-powers or no, these rats are no match for the heroes at Assured Environments. If your business is having trouble with rats or mice, give us a call right away--even if the rats are wearing capes or something. We’ll develop a plan tailored for your specific property and have the problem permanently handled in 30 days, guaranteed. Remember: even when the villains are super-powered, the heroes always win in the end.